In my opinion, and based upon my experience as an attorney who has represented hundreds of partners during their divorces with narcissistic spouses over the last few decades, most narcissists don’t recycle their significant others. I understand the literature around this topic can be very confusing, and just like neurotypicals (those of us who do not suffer from any psychopathology), narcissists come in various forms and personalities. Not all narcissists are the same, but generally, based on my experience, I have learned many things about what most seem to do when they can no longer derive maximum ego-boosting confidence or self-esteem from you.

Is My Spouse a Narcissist?

Let me explain: Typically, when a client comes to see me for an initial consultation after a referral or after reading one of my many blogs on narcissism, she will often ask me if it sounds like her spouse suffered from narcissism. Obviously, I can’t legally or ethically diagnose someone, but chances are if she was reading my blogs and landed on my site, my answer just confirms her initial suspicions. 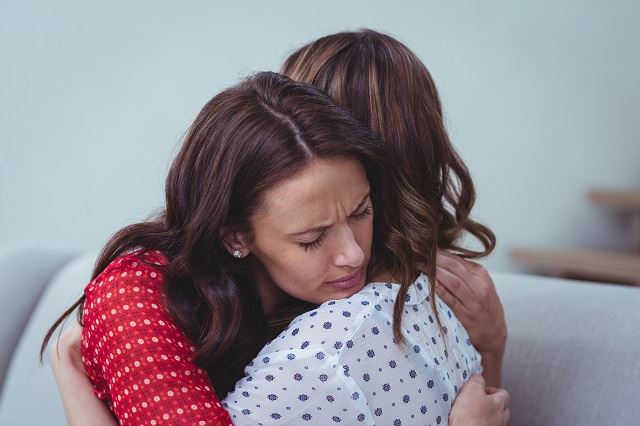 As we victims all know, the narcissist is an injustice collector: the narcissist holds grudges, and sometimes, he does this silently. Until you’re divorcing a narcissist, you may not even know anything was wrong or that she kept score of every small slight. I also want to mention that I don’t like really using the word “victim” often because I am a firm believer that we all hold some degree of accountability and agency for choosing the partners that we’ve chosen. I also want to share that some of the popular terms commonly seen in literature about narcissism, like “hoovering,” seem to imply that recoupling with a narcissist can’t be controlled and can just happen. I think that you can reconcile with a narcissist once or twice without looking within at why you’re doing it, but after that, you have to look within and really perform some self-analysis at the depth of your childhood wounds and why you’re trying to fill your own void by repeatedly reconciling with a person incapable of showing you authentic intimacy and partnership.

Although most narcissists seem to attempt reconciliation a few times before suddenly disappearing, most eventually stop and proceed with an abrupt separation or divorce. There are several significant reasons as to why they do this.

If you’re looking for help with a narcissist from an experienced attorney, contact Keithley Law, PLLC, PLLC today by calling (703) 454-5147 and schedule an initial consultation in our Fairfax law office.

“Object Permanence” was first researched by Jean Piaget, a pioneer in modern developmental child psychology. His cognitive developmental theory of object permanence was that by the age of two, a child must reach this developmental milestone in healthy doses, which could later be linked to attachment theory many years later. A developmentally healthy infant learns that a game of peek-a-boo doesn’t mean that a parent simply vanishes, but that a parent’s hands temporarily cover her face. Several decades later, John Bowlby, a British psychiatrist, revolutionized our modern understanding of attachment theory to describe the lack of secure attachment in many disordered people. Those of us who are securely attached will not accept the abusive treatment that most narcissists hand out. Both the narcissist and his partner typically show patterns of insecure attachment stemming from childhood.

As a leader of research and literature in personality disorders, Otto Kernberg, MD, explained how object permanence and object constancy are linked and seem to be the missing pieces in those who suffer from severe personality disorders. Lack of these can lead to “splitting” in extreme cases, so that you may become “all bad, and no good,” by the time the narcissist abandons you. As a child, the adult suffering from the personality disorder did not form the ability to integrate the two pieces of an object (you) cohesively and integrate them. So, for example, a child who experiences anger from a mother for a transgression, may view the mother as “all bad.” A happy mother, on the other hand is, “all good.” The child does not learn how to cohesively integrate these two sides of the same mother and so the child doesn’t learn that all people are comprised of some good and some bad things. As an adult, he sees you as “all bad” once the inevitable devaluation occurs, and if you do nice things that cannot be ignored, the disordered adult believes that you are doing it for a self-serving reason or otherwise attempting to manipulate him. In other words, you cannot be a normal human being with normal foibles and positive attributes. You must be the devil or an angel. In the beginning of your relationship, he saw you as the “perfect angel.” Over time, it will happen repeatedly, and as he lacks object permanence, you are portrayed as a “demon.”

Reason #2: Narcissists Have Already Set You Up for the Inevitable Demotion and Discard

They know that their relationships haven’t worked out, but, just like you, they are victims of their own repetition compulsion. I have found that most narcissists truly convince themselves that the next person in their infatuation and idealization phase will be the person who is capable of completing them or filling that deep void within them. However, we know this never works, and no one can measure up to their never-ending demands or ideals of perfection, and you will be quickly devalued and discarded. Although you will be blindsided by their sudden abandonment or disappearing act, those one or two people he may call “friends” or “family,” will not be surprised because he has been tarnishing your reputation for some time now. He will portray himself as the innocent victim, and he will blame everything wrong in your marriage on you. Unfortunately, your search for answers and closure may lead to more harm by turning to those who share his distorted view of you. Please, save yourself the pain and heartache by disconnecting from social media and learning to share pertinent information with only those you sincerely trust.

Reason #3: Narcissists are Self-Centered, Entitled, and Believe it is Beneath Them to Owe You an Explanation

I know this one is going to be especially hard to understand, but just know that your deep care for others isn’t going to be reciprocated by those deeply wounded by childhood traumas. I remember when I was a teenager, I dated a guy whom I liked, but to whom, over time, I felt no attraction. As teenage relationships go, after a few months of dating, I just simply lost interest and found it in my best interests (and his), if I just broke up with him. However, I remember spending days wondering how to do it as gently as possible while I sensed his feelings for me were increasing. I decided upon telling him in person how special our time together was, but that I did not feel that it was a good idea to keep dating. I remember how upset he was and how much he wanted me to reconsider my decision. I told him that I didn’t know what the future held for either one of us, but that this was for the best. Seeing him cry made me so sad, and I went out of my way to acknowledge his presence when I saw him at school.

It is the coldest thing that someone can do, to throw someone away without a thought in the world. Obviously, the easiest way to break up with someone would be to just simply stop returning phone calls, but luckily, most of us have deep empathy for others and don’t wish to hurt them. We put our own comfort aside and place a priority on the human dignity of others. Narcissists are not cut from the same cloth as us. They simply don’t want to be bothered by you, and a marriage, to them, is no different than a casual hookup. They will block your calls, block you on social media, and they will receive an ego boost when you attempt to contact them for an explanation.

Something you must realize is that you can learn to not look to others for closure. You can make your own closure, and with time, great friends, and maybe therapy, you’ll learn that a narcissist’s silent treatment is a gift to your well-being.

Narcissists are always on the prowl for genuine love but will never find it because they cannot view others as consistently loving and trustworthy. You will never be able to achieve an authentic partnership with a narcissist because his feelings for you are just superficial. He acts upon how he feels in the moment. So, if he is in a narcissistic rage, you will be to blame, and he will feel deep anger and hatred for you, and he convinces himself that you were unlovable because he no longer feels what he believes to be “love.”

When divorcing one of these types, you will have to really find an attorney who understands that this person doesn’t have your well-being and history at heart. They will erase any history you have, and you will just be someone that’s out to get his “money,” “house,” “children,” whatever he deems his possessions. I see so many attorneys get this so wrong and don’t really understand the lack of object constancy at work in these marriages.

You May Make Sense of the Discard Phase, but You Will be Able to Heal

You are not disordered, so of course you will not be able to make sense of a narcissist’s discard phase. Just know that you can heal with distance, time, and therapy. Experienced trauma therapists may be able to help you process just how abnormal the situation really was. An attorney with experience in divorcing a narcissist can help you redirect the blame to the narcissist, and help you understand that although people can fall out of love, it doesn’t happen so abruptly and silently, as it does in a marriage to a narcissist.

If you’re looking for an experienced Virginia family and divorce law attorney, contact Keithley Law, PLLC, PLLC today by calling (703) 454-5147 and schedule an initial consultation in our Fairfax law office.

Legal Disclaimer: The information provided on “Keithleylaw.com” is strictly for educational purposes and to provide you with general educational information about Virginia laws. Since state laws are subject to change, please schedule an appointment with our office to further discuss your personal situation. This public information is neither intended to, nor will, create an attorney-client relationship. ​ This website may be considered AN ADVERTISEMENT or Advertising Material under the Rules of Professional Conduct governing lawyers in Virginia. This web site is designed for general information only. The information presented at this site should not be construed to be formal legal advice nor the formation of a lawyer/client relationship. This website may not comply with other state ethics’ rules governing attorney advertising.